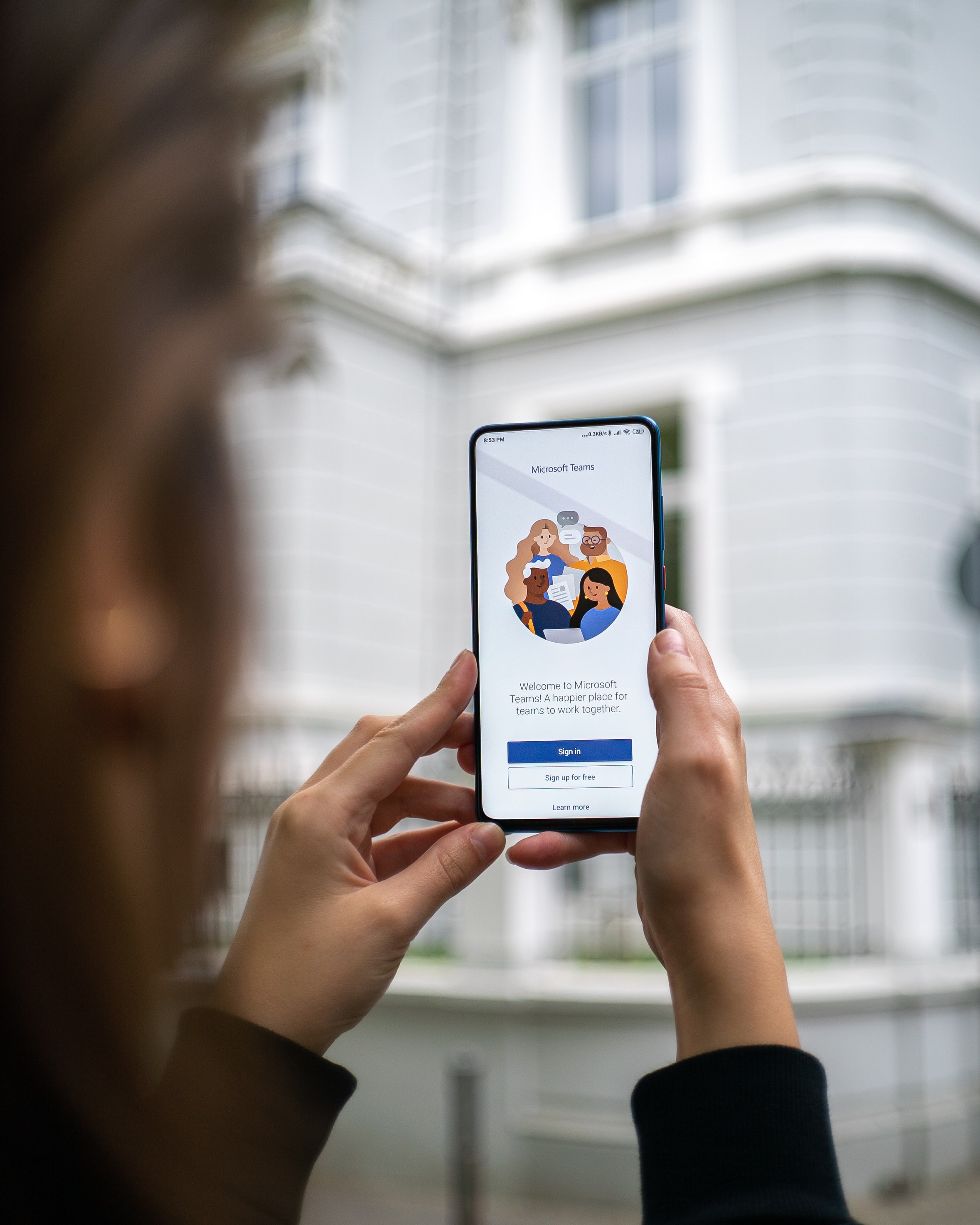 The more outbreak of Coronavirus (Covid-19), the government has appealed to people in Indonesia to reduce activities outside the home, one of which to implement is Work From Home (WFH) policy. Supporting services are needed to maintain employee productivity in order to stay in touch when working from home. To facilitate communication and coordination and improve work performance productivity and work from home activities between companies and employees and employees with fellow colleagues, applications such as video conferencing and collaboration platforms are needed to help connect with each other.

Microsoft Teams can be your mainstay to help expedite your Work From Home activities. Microsoft Teams is one of the applications part of Microsoft 365 that is intended for work activities. Based on data from Dailysocial.id, Microsoft Teams gained a significant surge of new users during the Work From Home period in various parts of the world. In April 2020 there were 75 million active daily users with up to 200 million participants used in the meeting a day. As for comparison, Zoom application claims the 300 million figure and Google Meet number 100 million meeting participants in a day. This number has increased from March 2020 which has 44 million active daily users.

Microsoft Teams targets the segmentation of professional users who need applications for digital collaboration that can be accessed on various platforms. Microsoft Teams can be accessed via laptops, Macs, Windows, and also a mobile version available for Android and iOS so that you can easily be updated anytime, anywhere. By using Microsoft Teams, you can create groups according to your needs and support integration with various other applications. Other reliable Microsoft Teams features such as instant messaging, voice calls, video calls, various documents, online meetings, and so on. You can also record your online meeting activities to then be used as supporting information for your work. The process of using it is quite easy because it has been integrated with Microsoft 365. In addition, Microsoft Teams also has a sophisticated security system so there is no need to worry about data leaks that you have. Other Microsoft Teams features that you can experience are as follows:

These various Microsoft Teams features can certainly help you to be more productive and efficient in communicating and collaborating with coworkers so that targets are reached, especially in the current Work From Home condition. VADS Indonesia can assist you in providing Microsoft Teams bundled with Microsoft 365. By using services from VADS Indonesia, you will get on-site support and user onboarding that are certified and ready to assist you in 24x7 to help you work using Microsoft 365 especially using Microsoft Teams. Contact us at marketing@vads.co.id for technical support to meet your needs to increase productivity and save your business costs during Work From Home. Increase your productivity while #DiRumahAja now with Microsoft 365 from VADS Indonesia. For more information, click www.vads.co.id.

What is AI and its Use for Search Engine Optimization?

Why is Social Media Management Important for Business Growth?

What is Social Media Analytics and Its Types?

Get to know Email Marketing Strategy with PT VADS Indonesia

Understanding what KOL is and its benefits with PT VADS Indonesia

Advantages of Artificial Intelligence for the Purpose of Social Media Promotion

What is AI and How Does it Work for Website Development?

5 Reasons to Use Digital Marketing Services from PT VADS Indonesia

What is Blockchain Secure Authentication from PT VADS Indonesia?

The Importance of Social Media Analytics from PT VADS Indonesia

Omni Channel Marketing is a Marketing Strategy with Different Platforms, What Are the Benefits?

Advantages and Disadvantages of Artificial Intelligence that You Must Know

One of the Important Parts in Omni Channel Marketing Is Social Media, Why?

Digital Services Are Increasingly Needed, Companies Must Clean Up

What field is PT VADS Indonesia engaged in? Find Out Here!

Getting to Know Artificial Intelligence Technology in Social Media

8 Features That Are Advantages of WhatsApp Business for Selling

6 Advantages of Artificial Intelligence in Social Media Marketing for Companies

5 Examples of Application of Artificial Intelligence in Social Media

CRM Is One Of The Digital Marketing Strategies, What Are The Benefits?

BPO is Business Process Outsourcing, Why Do Companies Need It?

The Importance of Social Media Analytics for Marketing Strategy

6 Questions about CRM to Ask Before Implementing

5 Digital Solutions from VADS Indonesia to Help Grow Your Business

Omni Channel is a Different Communication Channel from Multi Channel

Different from Call Center, Following are Contact Center's Scope of Work and Duties

What is AI: Definition, How it Works, and Its Application in Business

4 Advantages and Disadvantages of Artificial Intelligence

CRM Is Customer Relationship Management, What Does It Mean?

What is Omni Channel: Definition, How it Works, and Its Advantages

6 Solutions from VADS Indonesia to Improve Your Business Customer Service

The Power of Contact Center: Its Positive Effect on Your Business

6 Tips to Improve the Ability of the Customer Service Team

6 Advantages of Call Center Agents from Other Customer Service Channels

5 Tips for Choosing the Best Customer Service Applications for Companies

What is a Call Center: Definition, Functions, and Duties

The Importance of Having Good Customer Service Capability for Company Progress

What is BPO: Definition, Purpose, Types, and Benefits

Know the Difference between Call Center and Contact Center

What Work Attitudes Should a Telemarketer Have?

Healthcare Call Center As Key to Upgrade the Healthcare Industry

The Importance of Call Centers for Health Services

Reason to Outsource Your IT Support

What is IT Service Management?

How to Increase Customer Satisfaction with a Contact Center

Check Out How to Increase Your Customers Through WhatsApp Business

How to Increase Company Revenue?

How to Get Customer Feedback?

How Important is the Cloud for Your Company?

How To Succeed In Becoming A Quality Contact Center Agent

Human Augmented Bot as a Trend of Customer Service 2021

How Does Voicebot Help Increase Your Sales?

How Does Blockchain Provide Security for Your Business?

Check Out 5 Customer Experience Trends in 2021!

Check out the Social Media Trends You Need to Know!

Omnichannel to Maximize Your Customer Experience

What is Artificial Intelligence?

VADS Indonesia Prevention of Covid-19 in the New Normal Era

Take These Points When Choosing an Outsourcing Contact Center

What is Business Process Outsourcing (BPO)?

Call Center During a Pandemic

What is Call Center?

Optimize Your Customer Service with Chatbot

Synchronize Your Files When Work From Home with OneDrive

Microsoft 365 for Productive and Effective Activities when Work From Home

3 Advantages of Using Office 365 for Your Company

Improve Your Customer Experience with WhatsApp for Business

Chatbot to Increase Your Customer Experience

This Time to Your Company to Use Chatbot

Maximize WhatsApp Business for Your Business

7 Experience of Customer Service That You Must Have

Step into the future of your business.

Contact us immediately to discover how VADS can help elevate your business.